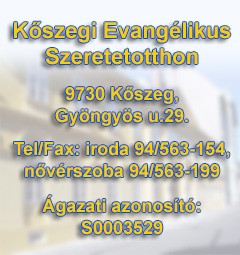 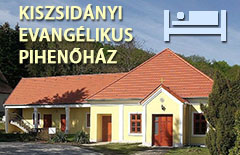 Welcome to the homepage of our congregation!

These two words aptly illustrate the life and ambitions of our congregation, which has German roots and was established more than 450 years ago. According to these two pillars, today we would like to build upon the foundation brought forth by Jesus and rediscovered by the Lutheran Reformation with the help of the Holy Ghost.
We would like to become an open and accepting community, where families who have lived in Kőszeg for generations, and people coming from elsewhere, may all find a home. We believe that God uses us all to build His kingdom.
The location of our buildings in Kőszeg reveals a stormy past, as the term "the Lutheran island of Kőszeg" – the INSULA LUTHERANA – describes the times of forced isolation, but at the same time suggests a heartfelt wish to show the way to God and to open the gates. Instances of keeping worthy traditions and of being open to new ideas can be observed in the life of the congregation today. We are happy to take an active part in furthering the ecumenical life of the town, and we cultivate a good relationship with our other Christian brethren.
We look forward to welcoming you at our church services, and other events, when you visit our beautiful town often referred to as the "jewellery box of the country".

"Our God He is a Castle Strong!" 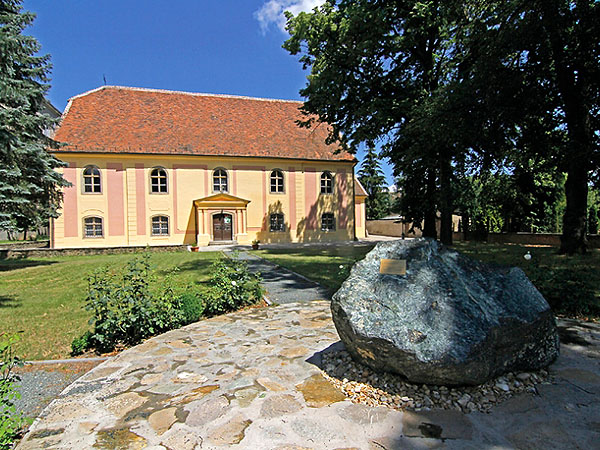 Our church, which is a listed building, was built in 1783 in an enclosed space without a spire or a bell in Zopf style in accordance with the Patent of Toleration issued by Joseph II. Our Lutheran ancestors built their church with great haste and diligence after 110 years of prosecution and  religious deprivation. The ceremonial laying of the foundation stone took place on 25 July 1783 and the church was consecrated in the same year on the first Sunday in Advent. In the year the church was built the population of the town was 5,080 of which 1,533 (30%) were Lutheran. 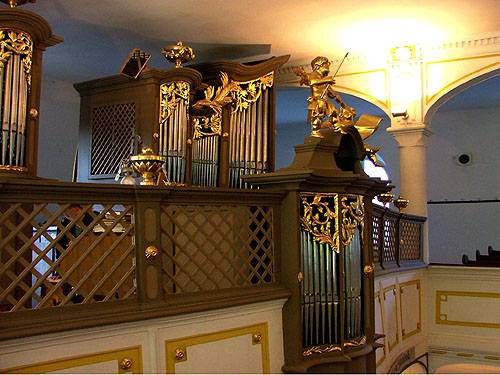 he wooden pulpit and altar were carved by an unknown master sculptor from Szombathely and erected in 1784. The structure and the surface of the pulpit suggest that it was probably made earlier than the late baroque altar with its mellow form. There is a statue on either side of the altar depicting the Old and the New Testament. Moses holding the two stone tablets with the Ten Commandments stands on the right, while Jesus is on the left holding the globus cruciger which symbolizes his power. Both sculptures are typical examples of baroque art. The baroque oil altarpiece from the 18th century depicts the Last Supper. The wrought iron pieces in our church are also noteworthy.

The organ was originally built in 1784 by János Jakab Jetter, a master craftsman from Kőszeg. When  remodelled, the organ was equipped with 14 stops  and two divisions and is now suitable for performing more complex compositions.

The building was last renovated in 2010 when the church and its gardens were flooded by a deluge of water rushing down from the mountains.